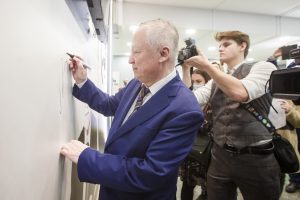 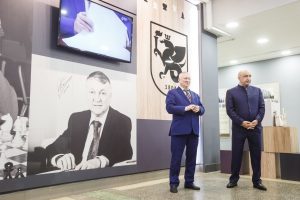 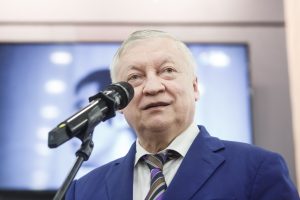 The world champion attended the unveiling ceremony on 17 September at UNICS Sports and Culture Center.

He was accompanied by Rector Ilshat Gafurov, Deputy of the State Duma Ildar Gilmutdinov, and Chairman of the Supreme Court of Tatarstan Ilgiz Gilazov.

In his greeting, Rector Gafurov noted, “Chess has a positive influence on a person – they shape logical and critical thinking, promote willpower and self-reliance, and help in developing communication skills.”

Anatoly Karpov praised Tatarstan for its ongoing interest in the chess culture. He shared his hope that the new game club becomes a point of attraction for students and all Kazanites.

After the addresses, Dr. Gafurov and Mr. Karpov symbolically started the first ever chess game to open the Club.

During the brief tour that followed, the world champion held a multiboard exhibition match with KFU employees and talked with the University chess team – silver medalists of the latest Russian chess tournament in Samara.

Apart from chess, the Scientific and Educational Center for Games with Perfect Information, as it’s officially called, will also offer classes in checkers, go, Abalone, renju, and other games of skill. The Center will also tackle relevant disciplines in combinatorial analysis, game theory, decision theory, prognostics, and AI.

Naturally, the Club plans to conduct various competitions in all the offered games, including online ones. 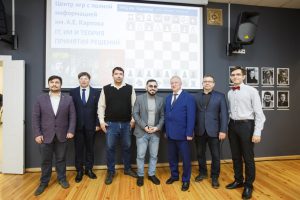 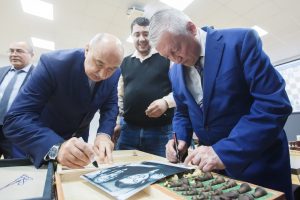 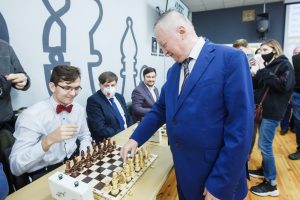