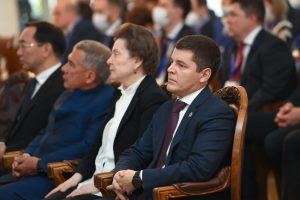 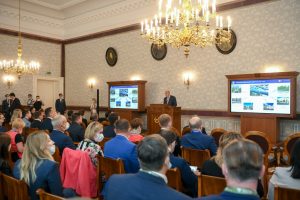 An opening ceremony of the short educational program was held at KFU’s Emperor Ballroom on June 8.

Rector Gafurov briefly introduced KFU, its history and current priorities. He mentioned that the University is a center for the professional training of government employees – the area is overseen by the Higher School of Public Administration (HSPU).

President Minnikhanov noted that HSPU’s programs are of high quality. He added, “Tatarstan is interested in intensifying its cooperation with your regions. I am convinced that this course will make a contribution to the development of our amicable relations.”

The program takes 8 to 10 June. Among the students are deputy governors, ministers of the economy, digital development, innovation, housing, transportation, social affairs, and municipal officials. Their Tatarstani colleagues are going to present their relevant experience. Overseas lecturers are expected to join via video conferencing. 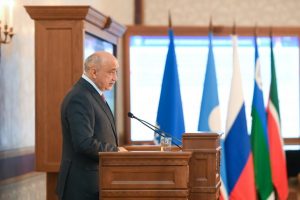 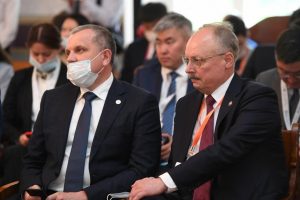 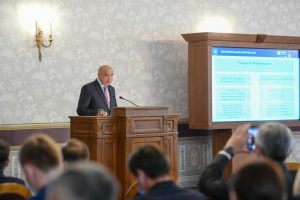 Source text: Leisan Zakirova, Office of the President of Tatarstan