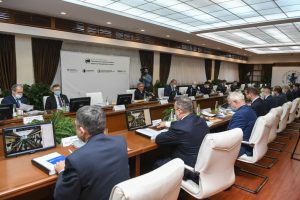 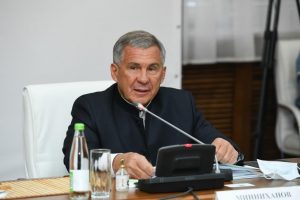 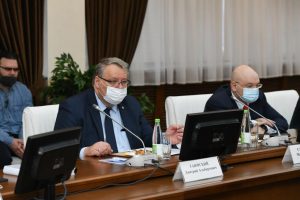 The meeting was conducted on January 22.

President Minnikhanov welcomed the participants and gave a general outlook of Center’s current state. Kazan Federal University serves as its head institution, with its partners being Skoltech, Ufa State Petroleum Technical University, and Russian State University of Oil and Gas. The consortium was formed in August 2020 together with 10 others in the same grant program.

Vice-Rector for Earth Sciences Danis Nurgaliev presented the WCRC’s results for 2020-2021 and its plans for the future.

The Center aims to create eco-friendly and energy-efficient petroleum technologies, including those for new reserves of hydrocarbons in Russia, and digital tools for the petroleum industry.

“Our young scientists are our pride. By 2025, over 60 employees of the Center will be under 40 years old. We put serious efforts into seeking young talent – starting from high school,” said Nurgaliev.

The report was approved by the supervisory board.

Photos: Office of the President of Tatarstan