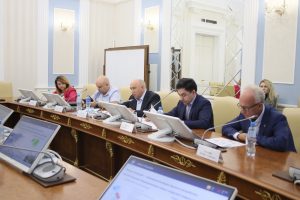 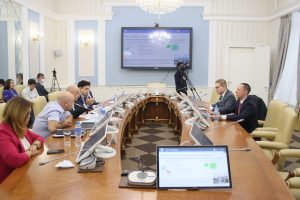 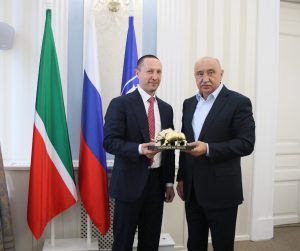 The sides discussed joint projects. In particular, Synergy University offered to join its programs in animation, visual effects, and motion design. As an extension of this initiative, a faculty of animation may be opened at KFU’s Institute of Design and Spatial Arts with participation from the famous Soyuzmultflim, a storied animation studio.

Apart from that, the two institutions plan to co-create a course in technological entrepreneurship. Rector Gafurov noted that KFU has already launched such a program.

Vadim Lobov offered to give KFU students access to Synergy.Online, a learning platform with over 1,000 units of original content.

Synergy Corporation unites over a dozen education institutions including Synergy University, Russia’s largest private university, and over 30 companies in IT, PR, communications, advertising, video, and design.