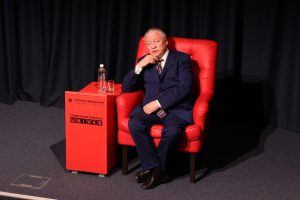 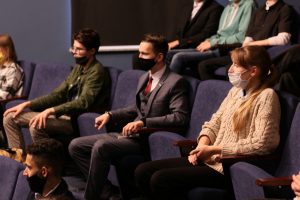 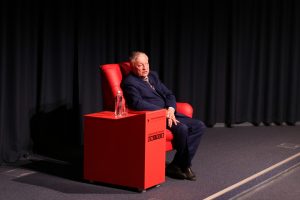 He answered questions after visiting the opening ceremony of the Anatoly Karpov Chess Club.

Before yesterday, the guest had visited KFU several times.

“Today, we opened this beautiful center. KFU has long had this idea, but the pandemic became a hindrance. It’s wonderful that we could finally implement this plan,” he said.

Karpov emphasized that there is a new wave of interest in chess in the world. Many countries are thinking or have decided to include the game in the school curricula. Online formats provide huge opportunities in this regard.

“I have schools in 42 countries, including Africa, South America, and North America. There are schools in many Russian regions. I opened my first school in Russia 33 years ago,” continued the visitor.

In Russia, there are also experiments in including chess into the school curriculum. Some secondary schools now list chess as one of the P. E. lessons.

“I learned to play at four years of age. Since seven, I basically played day and night and was even scolded by my parents. I don’t think you can play chess without any trepidation. There should be some, but it mustn’t overwhelm you,” he shared.

Karpov also spoke about some chess superstitions and preparation techniques. For instance, it’s inadvisable to visit a sauna before a match because it’s very relaxing. If a player wins a game, they will definitely wear the same clothes the next day. As for sleeping, he said that he personally sometimes can take a power nap for half an hour before a game.

The interviewee also mentioned The Queen’s Gambit, a TV series which was very helpful in drawing more interest to chess. As for other premieres, The Champion, a film about Karpov’s win over Viktor Korchnoi, hits theaters on 22 December 2021.